All Collections
3rd-party Integrations
Attribution
How can I track campaign retargeting with AppsFlyer ?

How can I track campaign retargeting with AppsFlyer ?

Yes! Thanks to a quick client-side integration, you will be able to see campaigns opens with AppsFlyer.

Written by Baptiste
Updated over a week ago

AppsFlyer is an extensive analytics that helps brands keep track of their attribution and engagement campaigns while providing a large variety of analytics.

This client-side integration will allow you to to retrieve Batch push notifications opens in the Retargeting section as in the screenshot below: 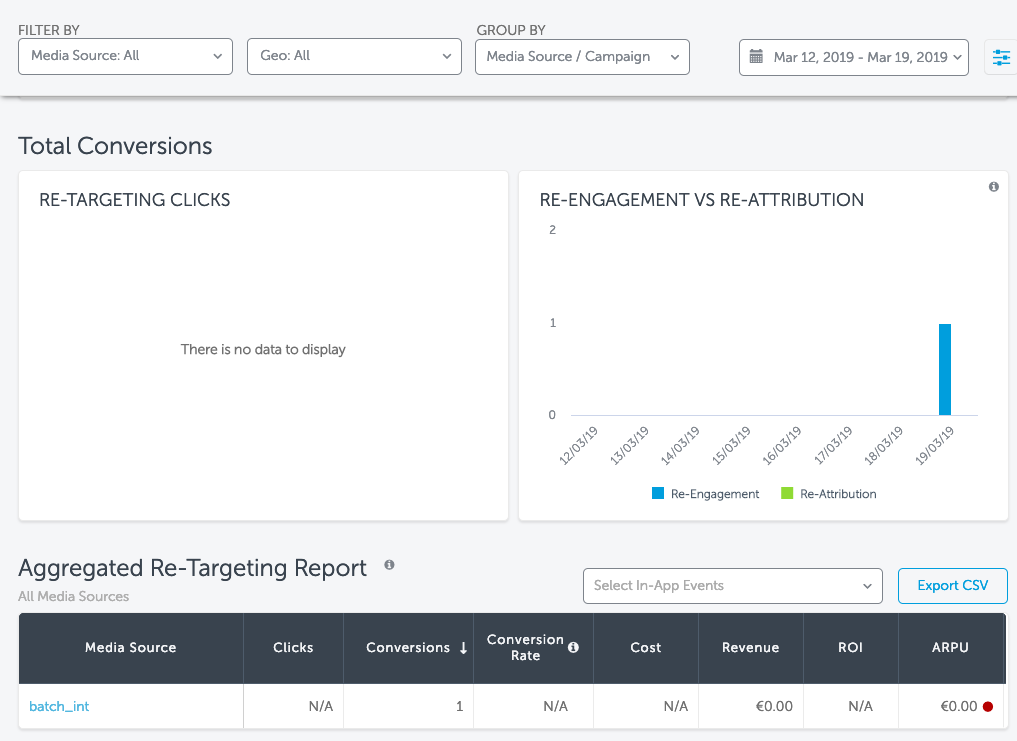 Follow the steps described in the official AppsFlyer documentation. The AppsFlyer SDK will be able to track push opens : iOS / Android.

Simply add these few lines in your Batch Custom Payload to enable the notification to be tracked down by the AppsFlyer SDK:

⚠️ Please note that the payloads to be used for iOS and Android are not the same.

Here is where you will need to paste the payload:

Note that an extra step is needed on Android. You need to add the following code before calling the AppsFlyer AppsFlyerLib.getInstance().sendPushNotificationData method:

AppsFlyer allows you to record push notifications as part of retargeting campaigns by calling the methods documented here: iOS / Android