All Collections
Getting Started
Advanced
Can I import Firebase tokens into Batch?

Can I import Firebase tokens into Batch?

More information about Firebase way to collect and export tokens, and how to migrate to Batch.

Written by Claire
Updated over a week ago

Firebase Cloud Messaging (FCM) is not the same thing as Firebase, though their name is quite similar:

In short, just like Batch, Firebase is a push provider. Batch cannot be "compatible" with Firebase as it is not a push service.

Understanding how Firebase works on iOS

Here is how Batch works on iOS : 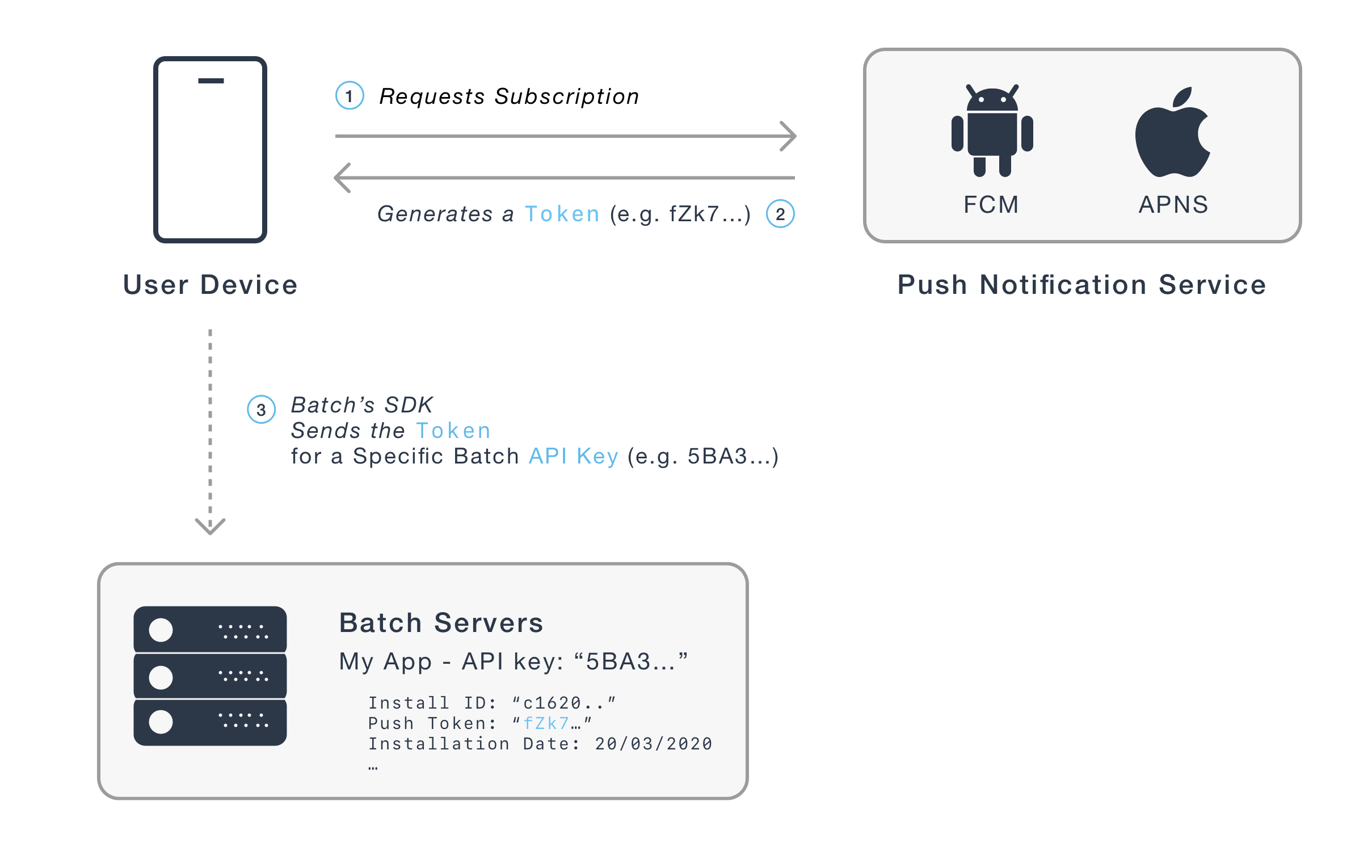 Batch SDK collects the native push token from the app and sends it to Batch servers. Batch then uses that token to send a push notification to that user. 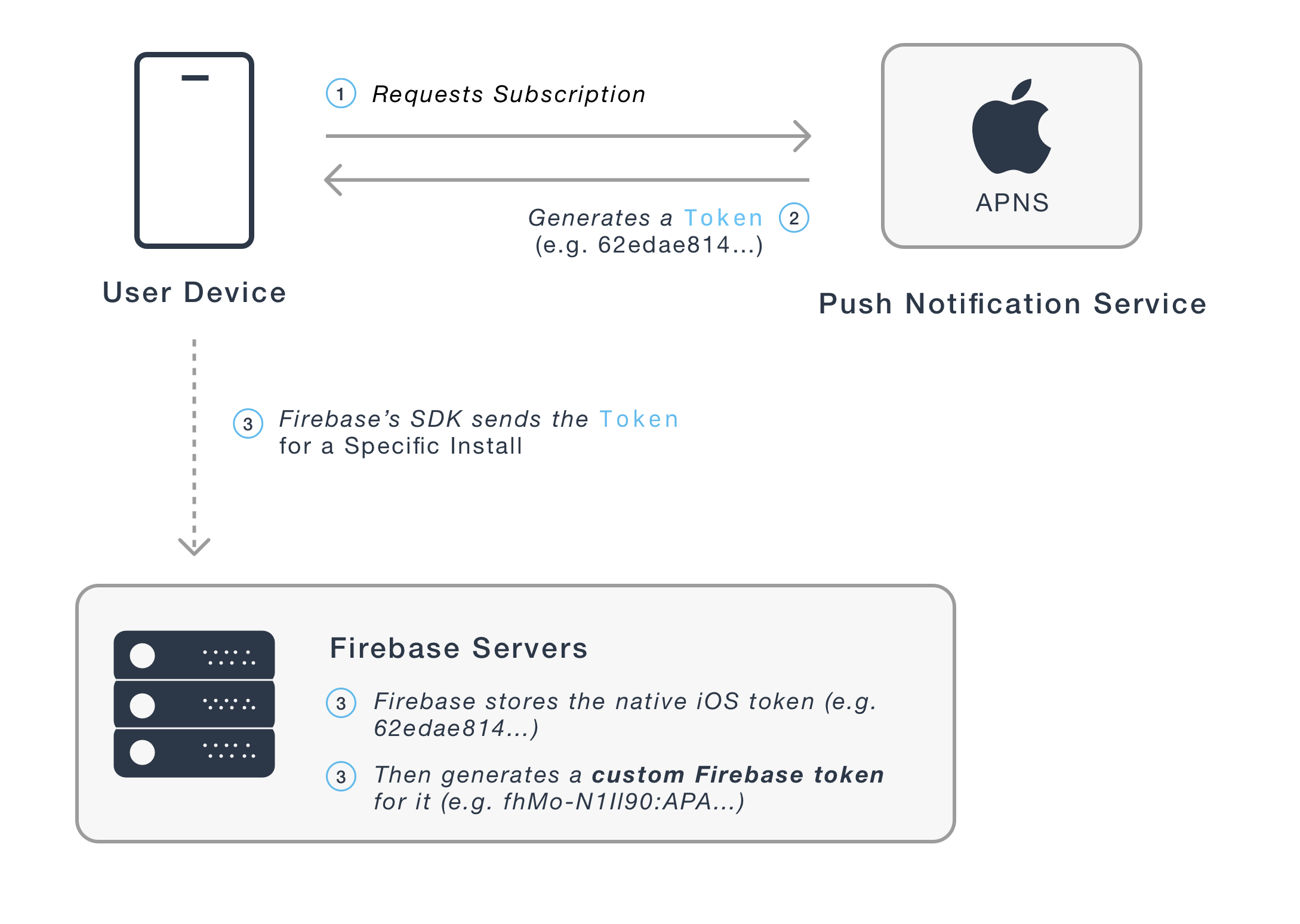 Firebase doesn't exposes the native token. This is a major issue for clients who want to switch to another push provider because they cannot export the real token of their iOS users.

When you are sending a push notification from Firebase, Firebase selects the list of custom tokens matching your targeting then sends the native iOS tokens to APNS to deliver the push:

On iOS, our clients usually don't manage to export their native iOS tokens from Firebase. This means you will need to go for a staged migration where Batch and Firebase are both integrated in your app.

Batch will recollect all your native tokens progressively.

Firebase doesn't generate a custom token for Android. You can technically export your token base and ask Batch to import it.

On Android, a component of the SDK of your push provider (the receiver) is in charge of receiving and displaying the push notifications. Every "receiver" expects data (e.g. title, body, image, etc) in a custom format.

Batch can "mimic" the data format expected by the receivers of other push providers to send notifications to imported tokens.

You will also need to collect all your push tokens, and opt for a staged migration.