All Collections
In-App Messaging
Message Edition
How to use In-App interaction event tracking?

How to use In-App interaction event tracking?

Here are all the steps you need to retarget users that interacted with an In-App campaign thanks to our built-in actions.

Written by Cécile Le Gentil
Updated over a week ago

First of all, make sure your app integrates the 1.16 version of the SDK or higher. It includes a built-in action for In-app messages: batch.user.event.

The built-in actions are Batch actions associated to a call-to-action of an In-App message, you just need to have the In-App feature enabled to use this feature. When creating a campaign, they allow you to set up actions beyond the different actions associated to a button. These actions do not require any development and can be activated directly via the dashboard when editing the campaign.

Creation of the campaign A: link your buttons to events

In order to be able to retarget users who have interacted with a previous In-App campaign, you need to :

Track events on your In-App campaign A

Once the first campaign has been sent and the first users have interacted with it, the event you have configured will show up in your custom data. It is necessary to activate it in your Settings > Custom data in order to view them on the dashboard when creating the second In-App campaign.

Creation of the campaign B: retarget

To do so, you just have to adjust the targeting by choosing exactly the same event defined in campaign A. You will be able to decide to target or exclude the users who interacted with the buttons of your campaign A. To exclude them, just click on the "Invert" button.

Use case: retarget users who have not copied a promotional code

Your campaign A could be an In-App message with a promotional code, in the case below, the first button allows the user to copy/paste the code "PROMO10" and redirects to the page where the code can be used. 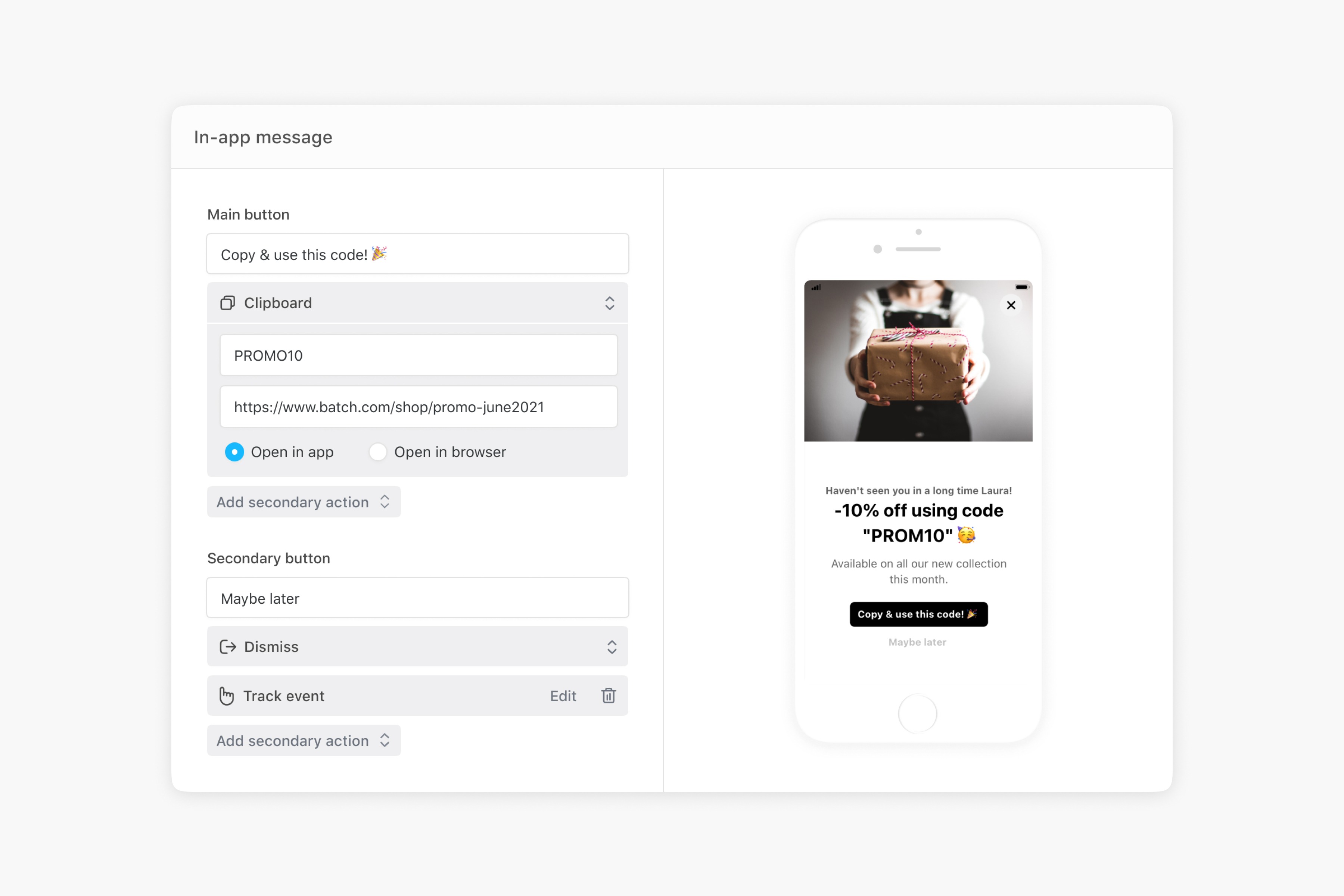 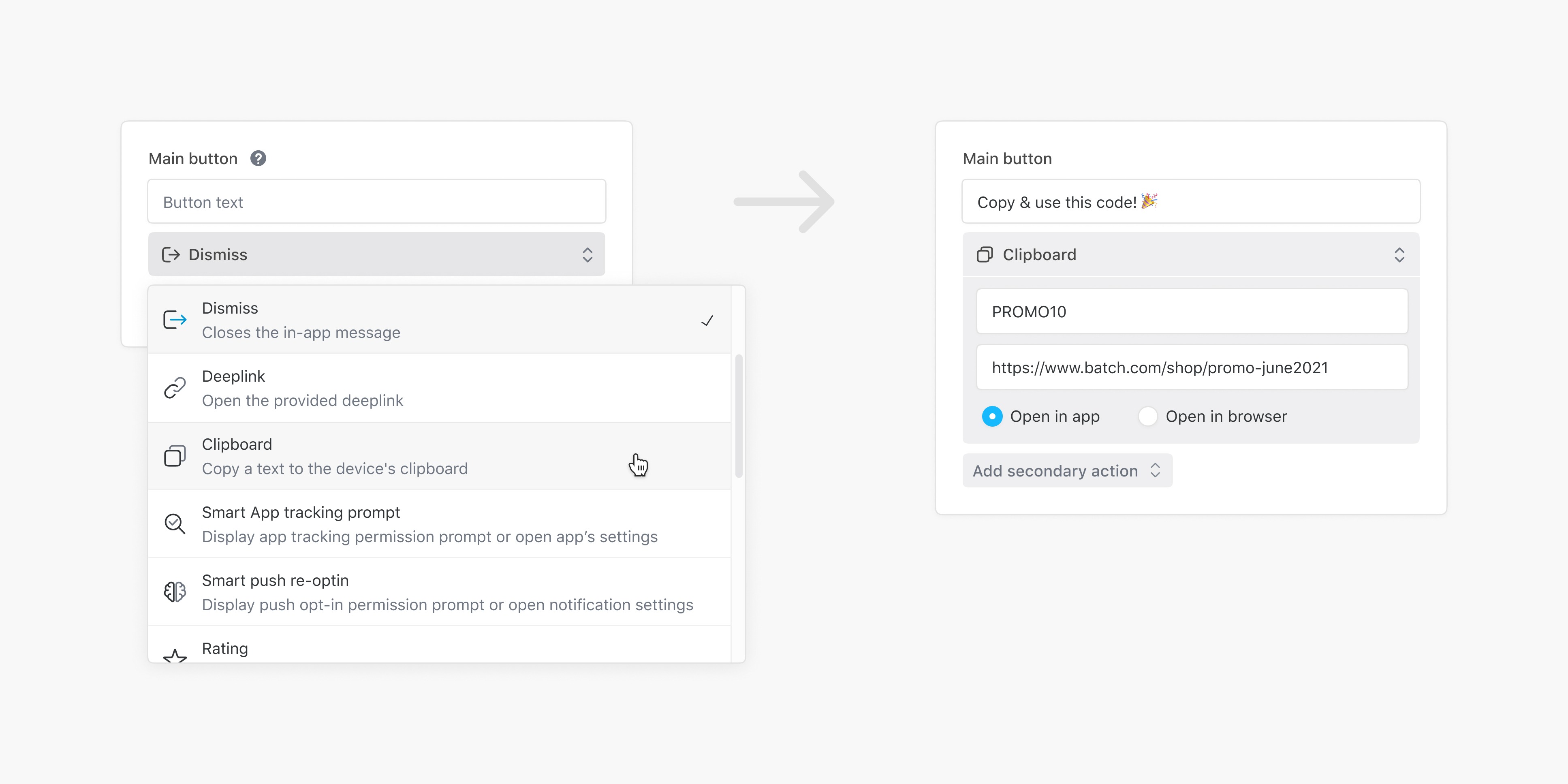 Below, we see that after clicking on "Track event" in order to link an event to the dismiss button "Maybe later", it is necessary to configure this event. You have to name it and give it a label if you want.

Then, in this example, once the event is brought up in Batch following the first clicks of your users on the dismiss button of the In-App message, it will be possible with a campaign B to retarget all the users who clicked on "Maybe later" in order to offer them a new (or the same) promotional offer for example.