How does retargeting work?

This feature allows you to retarget audiences, users who opened the push and users who viewed an In-App from a previously sent campaign.

Written by Claire
Updated over a week ago

This option allows you to target users who already received previously sent campaigns. In the opposite way, you can also exclude the users who received the campaign from your targeting.

You can choose to target the users who have opened a campaign that has already been sent.

Or on the contrary, you can exclude those users in your new campaign segment. So you will be able to send a reminder campaign to all the users which didn’t open a push. Click on "Add conditions" button.

Note: Retargeting is a cross-channel feature. For instance, you can create a push campaign targeting users who viewed a previously sent In-App campaign or trigger an In-app campaign to an audience who received a previous push.

B/ Where to set the retargeting ?

Create a new targeting condition in the campaign creation form. If the feature is activated, you will find the 3 Retargeting options in the Native Attributes section. 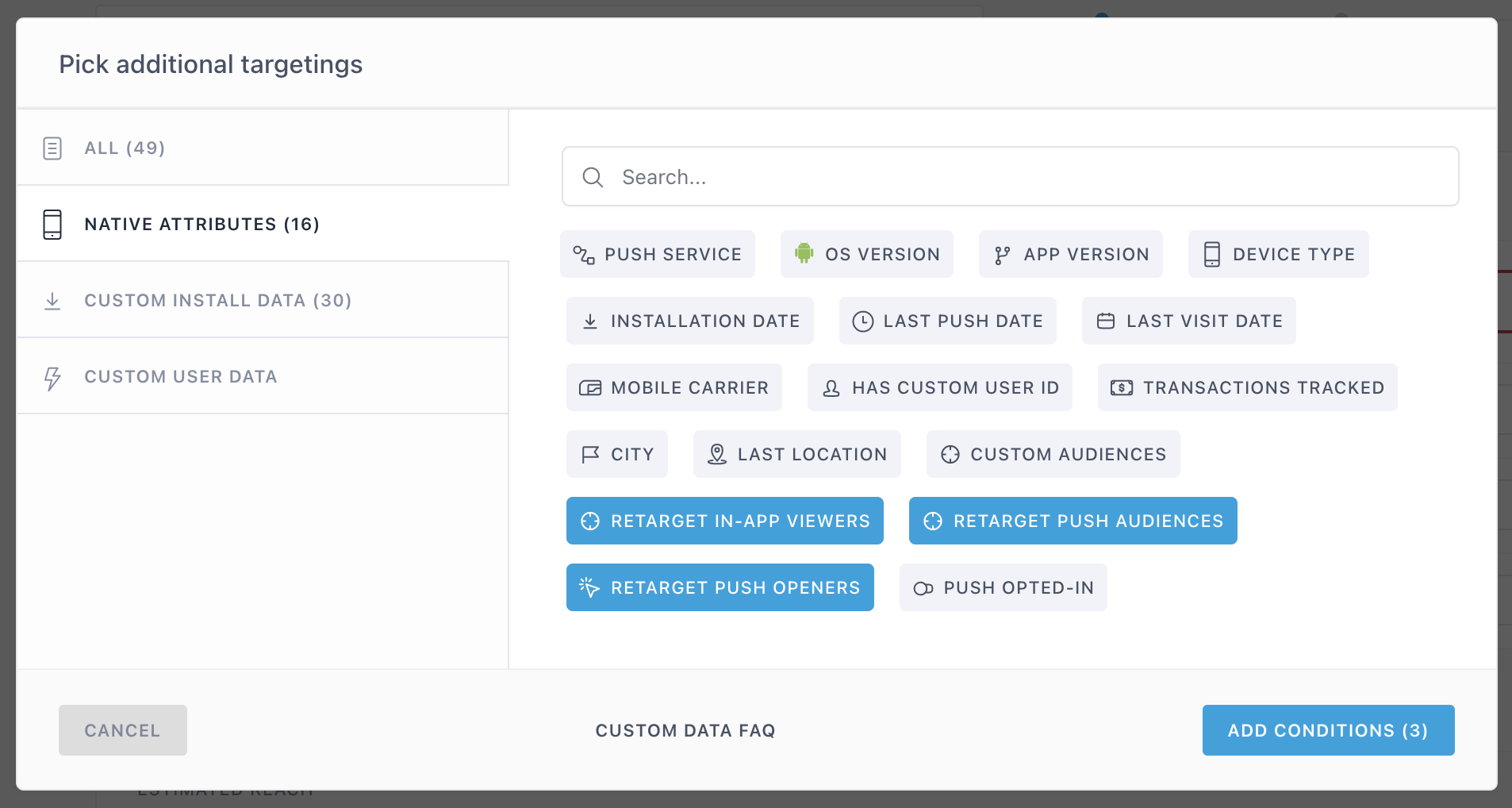 Choose the campaign you would like to use for retargeting in the dropdown.

That's it! You can complete and send your campaign.

If you use the Retargeting for the first time, please consider that the feature can take up to few hours to be fully functional after activation. Also, note that only campaigns created after the activation of the feature will be eligible to retargeting.